The huge financial toll the pandemic has taken on the travel industry, which the World Travel and Tourism Council says lost $5.5 trillion last year, renews complaints from hotels, airlines and tour operators regarding the largely invisible percentages of their revenue that they have to pay to online travel agencies, or OTAs, including the giants Expedia and Booking.com and their subsidiaries: Priceline, Kayak, Hotels.com, Hotwire , Orbitz, Travelocity and many more.

The crisis has encouraged independent hotels and smaller hotel groups in particular to speak out publicly about OTA commissions of up to 25%. Big chains can negotiate lower fees, but even they’ve doubled down on their loyalty programs, offering points and other perks to encourage direct booking and avoid paying OTA commissions. Some airlines have also pushed back.

“The hospitality industry has taken a big hit because of COVID,” Green said. “So whatever they have to pay will be a matter of interest.”

All of this coincides with greater consumer awareness of the commissions charged by intermediaries, including third-party food delivery companies. Early problems processing refunds hurt OTA approval ratings, which, according to the US Customer Satisfaction Index, have fallen to an all-time low. Independent hotels and small hotel groups are coming together to strengthen their influence in networks such as Preferred Hotels and the new Curator Hotels, launched in November. Travel review sites including Needham-based Tripadvisor are seizing the moment to promote subscription programs they say will bypass OTAs and save money for travelers and travel providers .

Still, the formidable role that OTAs have come to play in travel is unlikely to diminish. In fact, with group and business travel almost non-existent, OTAs provided an even larger share of the few bookings still made. And $250 million in marketing credits and a temporary reduction in commissions from Expedia to participating hotels as part of a stimulus package come with terms that lock hotels into that relationship even more tightly.

OTAs hit their peak during the last recession, when hospitality companies suffering from a huge drop in business travel used them to fill empty rooms. “They’ve relied on these powerful channels to help them out,” said Tripadvisor spokesperson Brian Hoyt, who previously held the same position at Orbitz. “That was a great argument for 2008. Then commissions started to weigh more on profit margins.”

Some of those same hotel executives seem surprised at how large OTAs have since fallen. More than two-thirds of online hotel bookings are now made through OTAs, reports market research firm Micrometrics. Commission payments have become the second largest expense on the lodging side of the hospitality industry, on average, according to the American Hotel and Lodging Association.

“It got out of hand too quickly,” said Johnathan Capps, vice president of revenue at management company Charlestowne Hotels.

But hotels also benefit from a channel that makes it easier for consumers to book with them and dramatically expands their market, and from the nearly $11 billion a year in marketing spent by Expedia and Booking.com.

However, the biggest players chafe at sharing so much revenue with OTAs. Airlines, which reportedly reduced their commissions to around 2%, nevertheless began to prevent some OTAs from listing their fares in a bid to direct more travelers to their own websites; several offer bonus frequent flyer miles to travelers who book direct.

Delta and JetBlue have pulled out of several small OTAs, and Southwest is blocking any third-party site from selling its flights. United in 2019 threatened to sever ties with Expedia and the two went to court before finally agreeing a new contract.

Hotels have also fought back. Marriott negotiated a new deal with Expedia in 2019 that would have reduced the commission it must pay to 10%.

Tripadvisor, which is not an OTA but gets paid when users click through its site to OTAs to book, launched a service in January called Tripadvisor Plus through which consumers can purchase subscriptions for $99 per year that offer hotel, tour and attraction discounts and amenities such as welcome gifts and meal credits.

Members book their stays directly, avoiding service providers paying a commission; Tripadvisor’s Hoyt said what they save in discounts should more than offset the fees.

“It’s the consumer who wins, the supplier who wins and Tripadvisor who wins too,” he said.

Expedia will not disclose its commissions and its contract prohibits its partners from disclosing them; by even mentioning the subject, this Maine front desk clerk violated the hotel’s agreement with Expedia. But travel agencies say there’s no question they make less money from customers who go through OTAs than from those who book directly with them, even when the customer’s rate is exactly the same.

That’s why, like airlines, hotel companies have focused on getting more customers to book direct, pushing loyalty programs and adding perks. Marriott launched its Bonvoy program in 2019, for example; That year, Hilton launched a “Stop Clicking” ad campaign. These are slowly making inroads; loyalty-related bookings grew that year to 56% of all bookings, according to Kalibri Labs, outpacing OTA growth.

“We have strong relationships with many online travel agents,” Hilton spokeswoman Meg Ryan said. But “we encourage our customers to book direct to receive the maximum benefits and the lowest prices”.

Independent hotels and small hotel groups are also trying it out.

“What the pandemic has done is force people to be more engaged,” Capps said. “Guests had to call hotels directly for information. We had a lot of direct access to consumers. We’re trying to engage that customer, get that contact information, tell them that we’re sending booking-related offers directly with us. It may be long, but it’s starting to work. »

Washington, at Expedia, said the direct booking and loyalty programs ‘do not have a noticeable impact’ on its business, despite adding a clause to its contract last year prohibiting partners from disparaging company or tell customers that Expedia Reservations “does not have the same benefits, amenities and services as reservations through your own channels.

She said the company has ongoing communication with its partners. “The conversation about commissions is not new,” Washington said. “We are really confident about the agreements we have in place. We believe they reflect the value of the role we play.

Independent hotels are now joining networks such as Preferred, which has its own loyalty program offering points redeemable for stays.

“If smaller freelancers can form a network and have additional leverage, then they can put more pressure on OTAs to reduce the commission,” said Deborah Friedland, Practice Leader of Consulting Services. in hospitality at the accounting and consulting firm EisnerAmper.

So far, OTAs have resisted this, said Michelle Woodley, president of Preferred, who she says has been in discussions with major OTAs about commissions for years.

“We just don’t seem to be going anywhere,” Woodley said. “It’s a shame it takes a dire situation like this to really pull the blankets on this reality.”

Jon Marcus can be reached at [email protected] 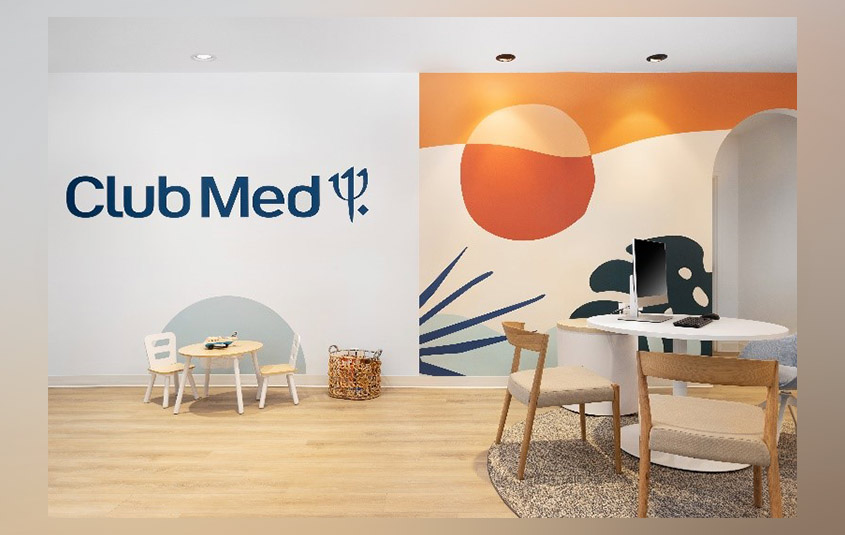 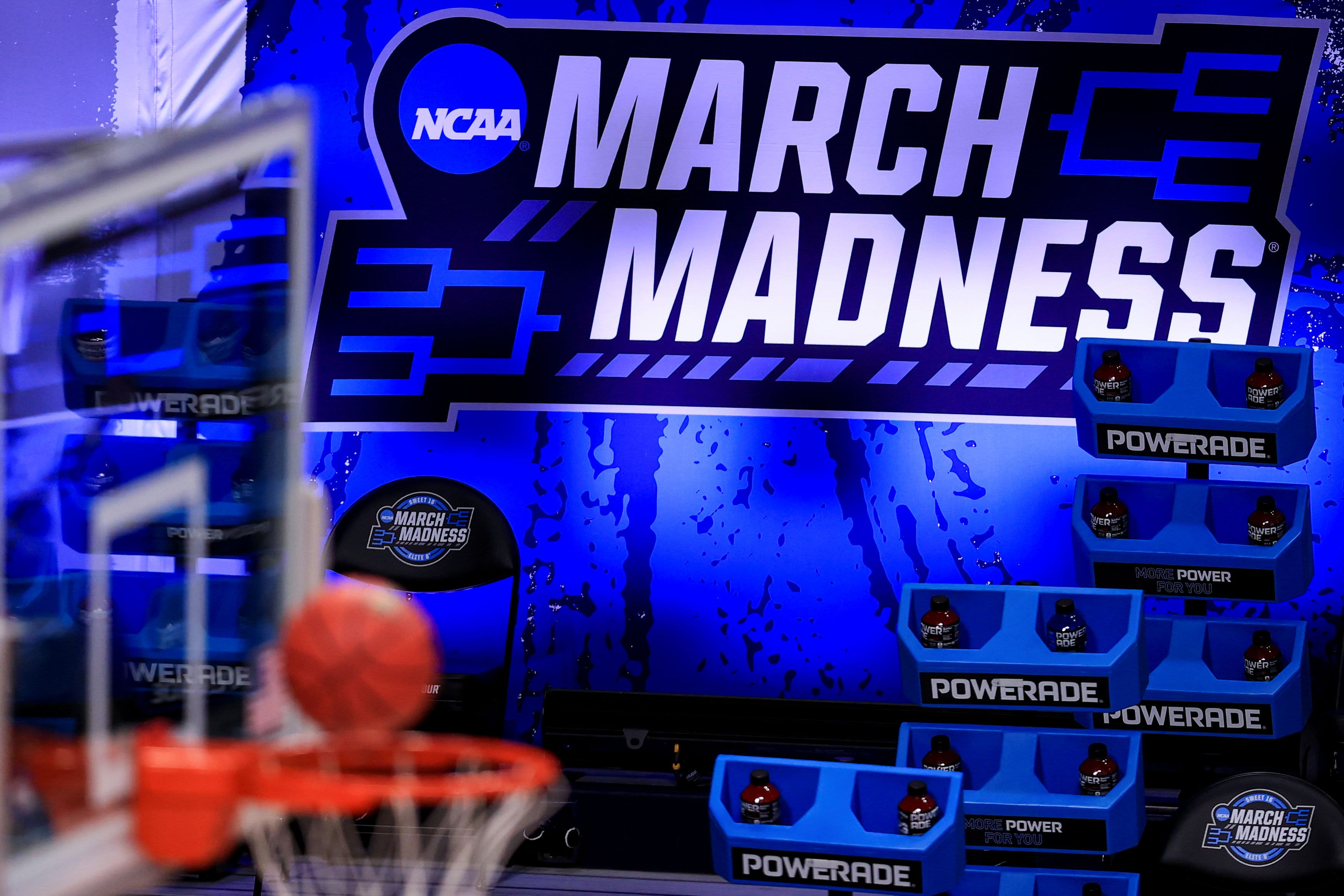 NCAA March Madness prepares for the return to normal 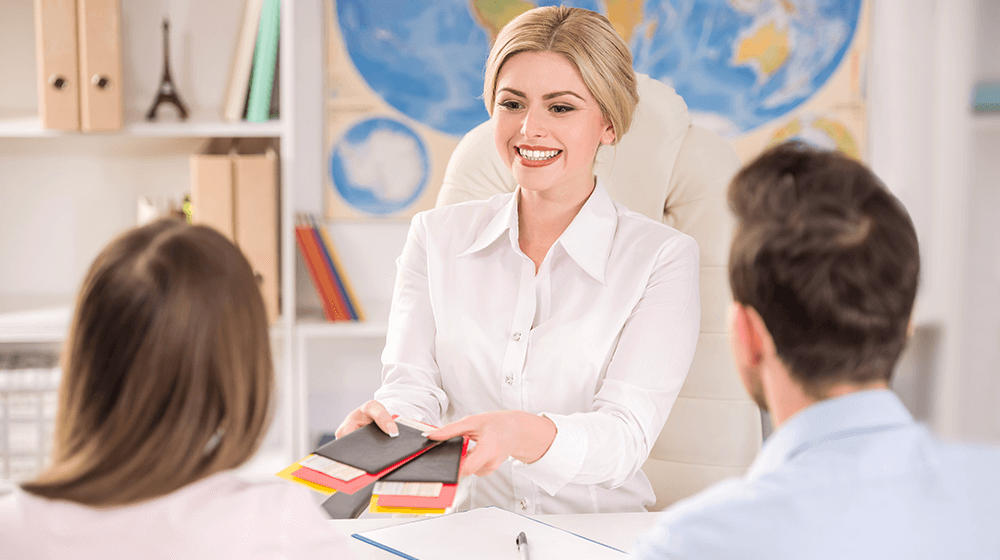 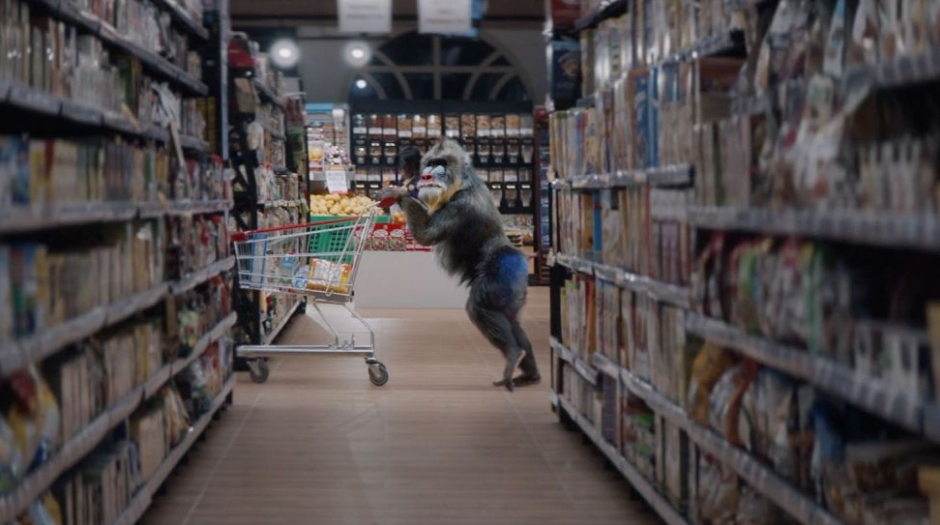 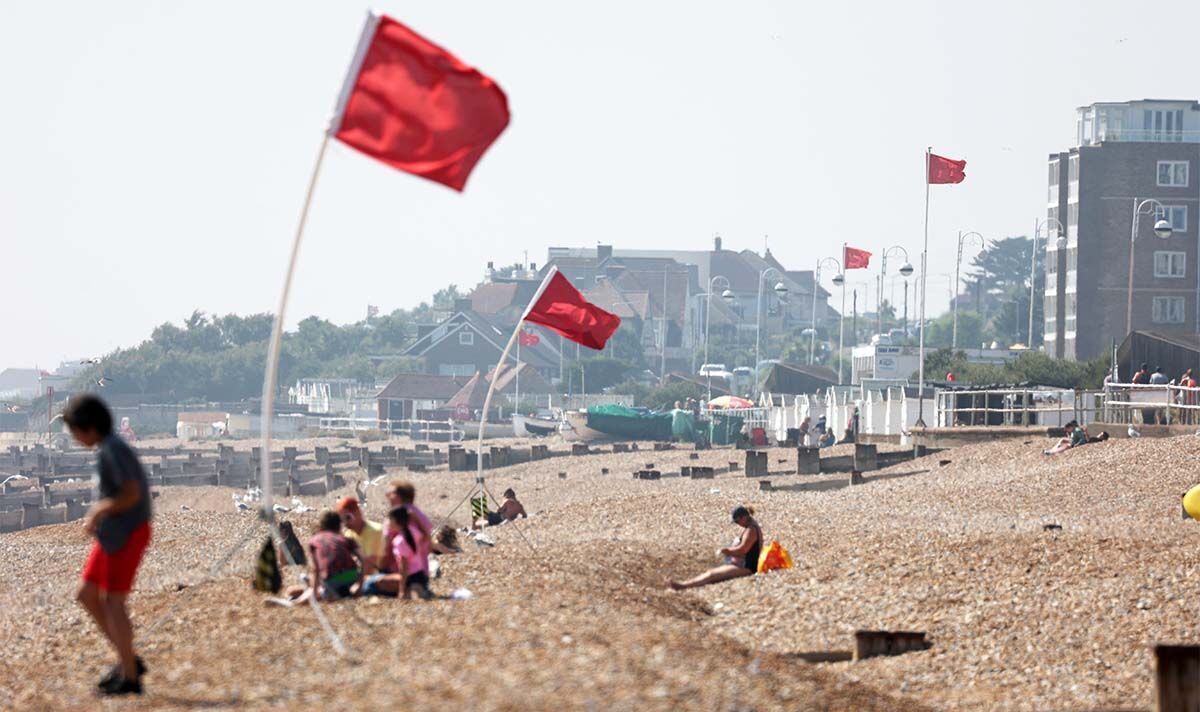 Opening of a new travel agency in Torquay 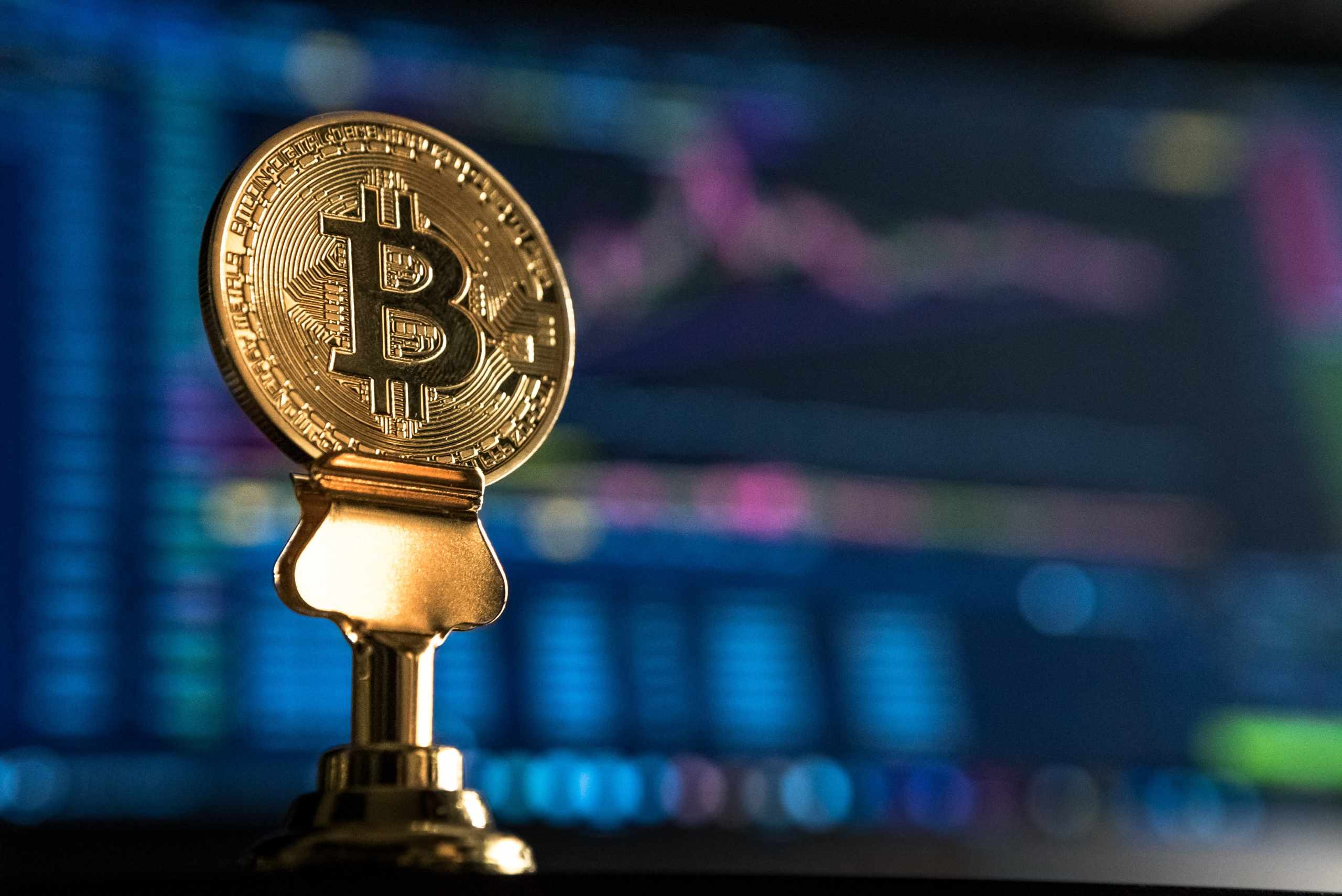 How to Sell Bitcoin: 4 Ways to Liquidate Your Coins 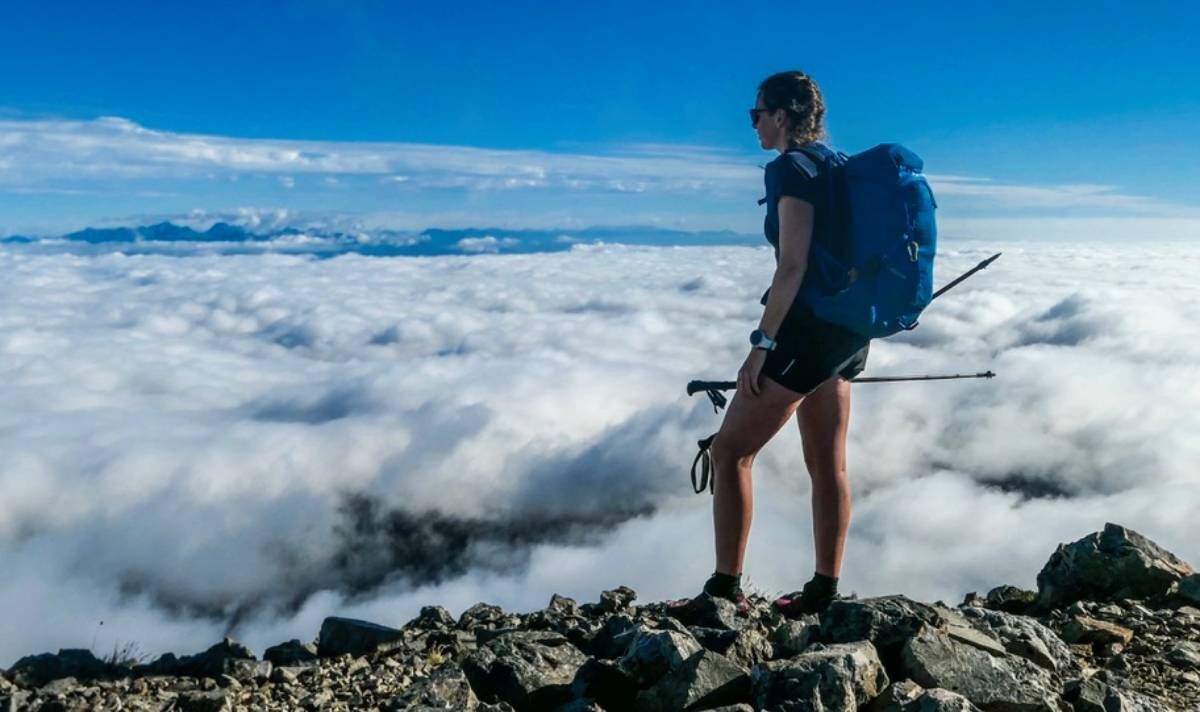 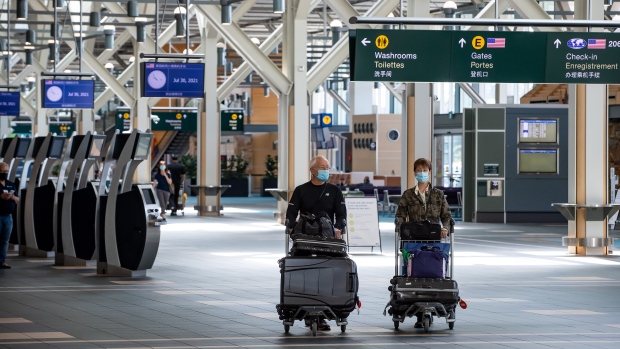